Invasive plants are a problem across Idaho and the American West – species like cheatgrass not only steal water from native plants but become fuel for wildfire. Researchers have used satellite data to detect and map these species for decades, but satellite data are limited, said Megan Cattau, an assistant professor of human-environment systems in the College of Innovation and Design and director of the drone certificate program. Satellite data can be too coarse to capture detailed images of individual plants. It’s difficult to detect invasive species that are interspersed with native species.

Cattau and her Boise State team of graduate and undergraduate students, post-doctoral researchers, and research technicians used drones in a pilot study in an area south of Kuna, Idaho. The drones, which can fly on demand and collect finer imagery, are helping the team map invasive species like Russian thistle and bur buttercup as well as cheatgrass, using information about each species’ distinct growth patterns.

- Click on article to read more and watch the video - 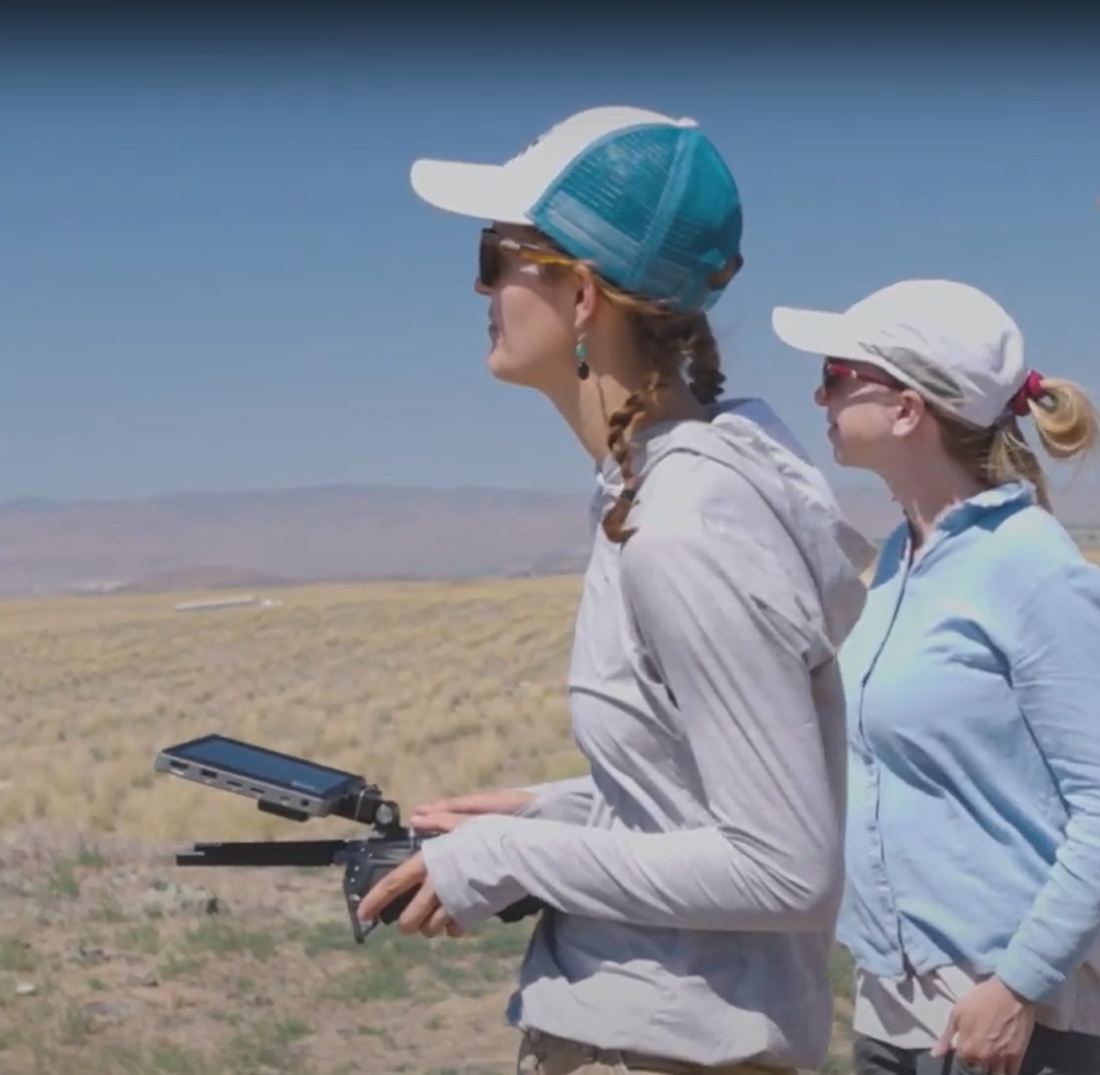 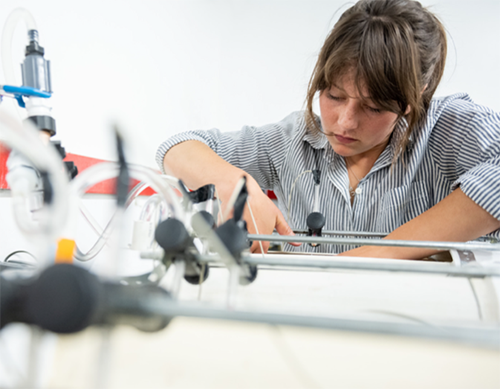 Tapping the secrets of sagebrush genetics for restoration and sustainability

It can be easy to take things for granted: sometimes even entire ecosystems. According to the National Wildlife Federations, the sagebrush steppe that we know so well in Idaho covers 165 million acres in the American West and in one Canadian province. Sagebrush itself is a habitat, food source and more for at least 350 species such as sage grouse, Pronghorn antelope, and pygmy rabbits.

But the sagebrush steppe is facing challenges it has never faced before. While the species is no stranger to drought or wildfire, the impacts of climate change, invasive plant species and megafires are taking their toll. According to a report published by the United States Geological Survey, the sagebrush steppe “is one of the most imperiled ecosystems in the world.”

That’s why postdoctoral researcher associate Anthony Melton and assistant professor of biology Sven Buerki are working with collaborators in and outside of Idaho to collect genetic information about sagebrush (Artemisia tridentata from the sunflower family) in order to protect the species and the ecosystem. Through their research, it might be possible to select and establish sagebrush with specific genetic abilities to handle the challenges of climate change.

Click link to read the rest of the article. 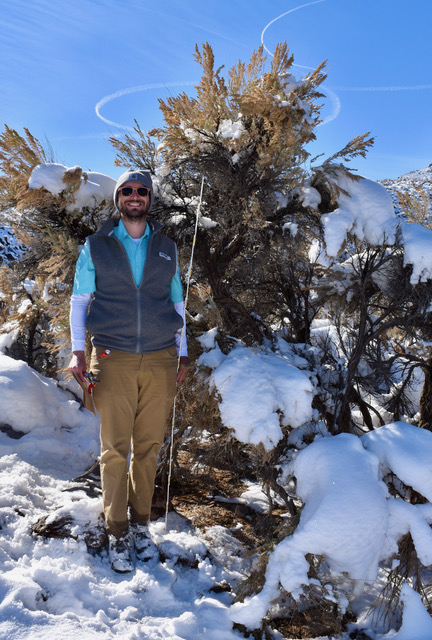 Genome sequencing allows scientists to read the information encoded across all the DNA in a plant or animal. Because DNA is the foundation for variation within all species of life, biologists are excited about the potential for genome sequencing to inform conservation action for threatened species.

Genome sequencing could enable scientists to identify varieties of threatened species likely to thrive in particular environments. This information could help establish new populations of plants and animals by matching locally adapted varieties with particular sites where they are likely to succeed.

The goals of translocation include reintroducing populations that have gone extinct and preventing inbreeding in existing, but small, populations. The research team — funded through the Idaho GEM3 grant — asked when genomic information could help improve the success of translocation efforts. 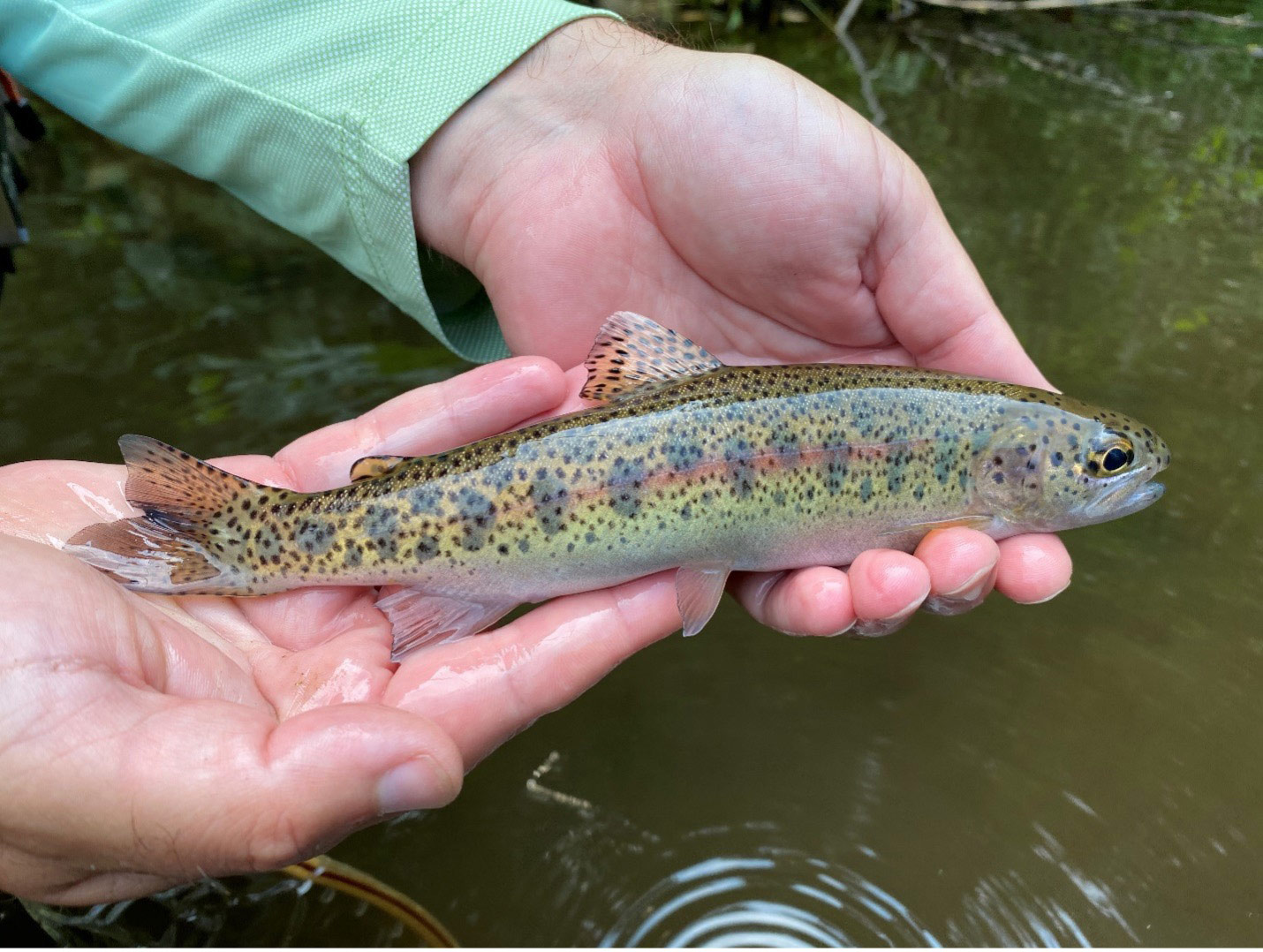 Eden Ravecca, a GEM3 graduate student in the MS Raptor Biology program at Boise State University, was recently awarded a $2,000 grant through the Idaho Chapter of The Wildlife Society (ICTWS). The purpose of the ICTWS grant is to promote and financially assist projects that further the purpose of scientifically sound wildlife and habitat management in Idaho.

Ravecca is a member of the Quantitative Conservation Lab under the mentorship of Dr. Jen Cruz, Assistant Professor in Population Ecology and new hire under the Idaho NSF EPSCoR GEM3 Program. Ravecca received the award during the 2021 virtual ICTWS conference on February 22-26, 2021, which brought together over 200 students, faculty, and stakeholders from around the state. During ICTWS, she presented her research poster titled, "Are Predators able to Adapt to Landscape Changes in the Sagebrush Steppe?" and also received recognition of "Wildlife & People's Choice" for her wildlife photography with "Raptorial Beauty-Barred Owl."

At Boise State, 13 percent of the university’s 2019-2020 student body identifies as Hispanic or Latinx. However, for many Hispanic students there is a stigma that their first language, Spanish, does not belong outside of the home, let alone in higher education settings, explains World Languages assistant professor Carolina Viera.

That’s where Project Scientia comes in. Taking its name from the Latin word for “science,” this project is the product of a team of Boise State faculty, graduate students and undergraduates working to translate science into Spanish, and make science more inclusive and accessible for the Hispanic community, both on and off campus. The project’s full name is “Project SCIENTIA: Communicating STEM Research in Languages other than English,” as it seeks to eventually widen its scope to include more languages. 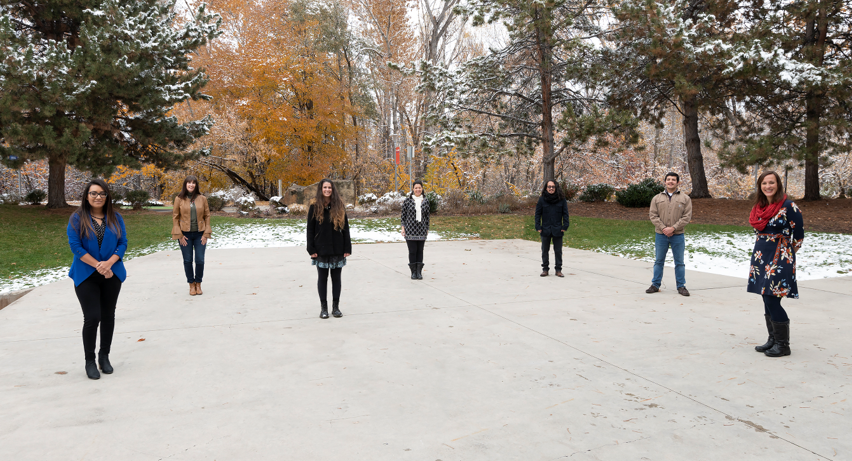 A sage-grouse, a pygmy rabbit and a pronghorn visit a lunch-buffet. They take second helpings of some dishes, completely bypass others and sniff tentatively at still more. While these proceedings might seem arbitrary or ultimately impenetrable to a human, nothing could be further from the truth.

For Boise State postdoc Peter Olsoy and biology professor Jen Forbey, the daily buffet occurring in the sagebrush steppe of Idaho is an incredible opportunity to discover the sensitive and singular tastes of the state's herbivores. After all, an animal's dinner-time decisions could impact not only their own health, but the surrounding environment and possibly even the state's economy. 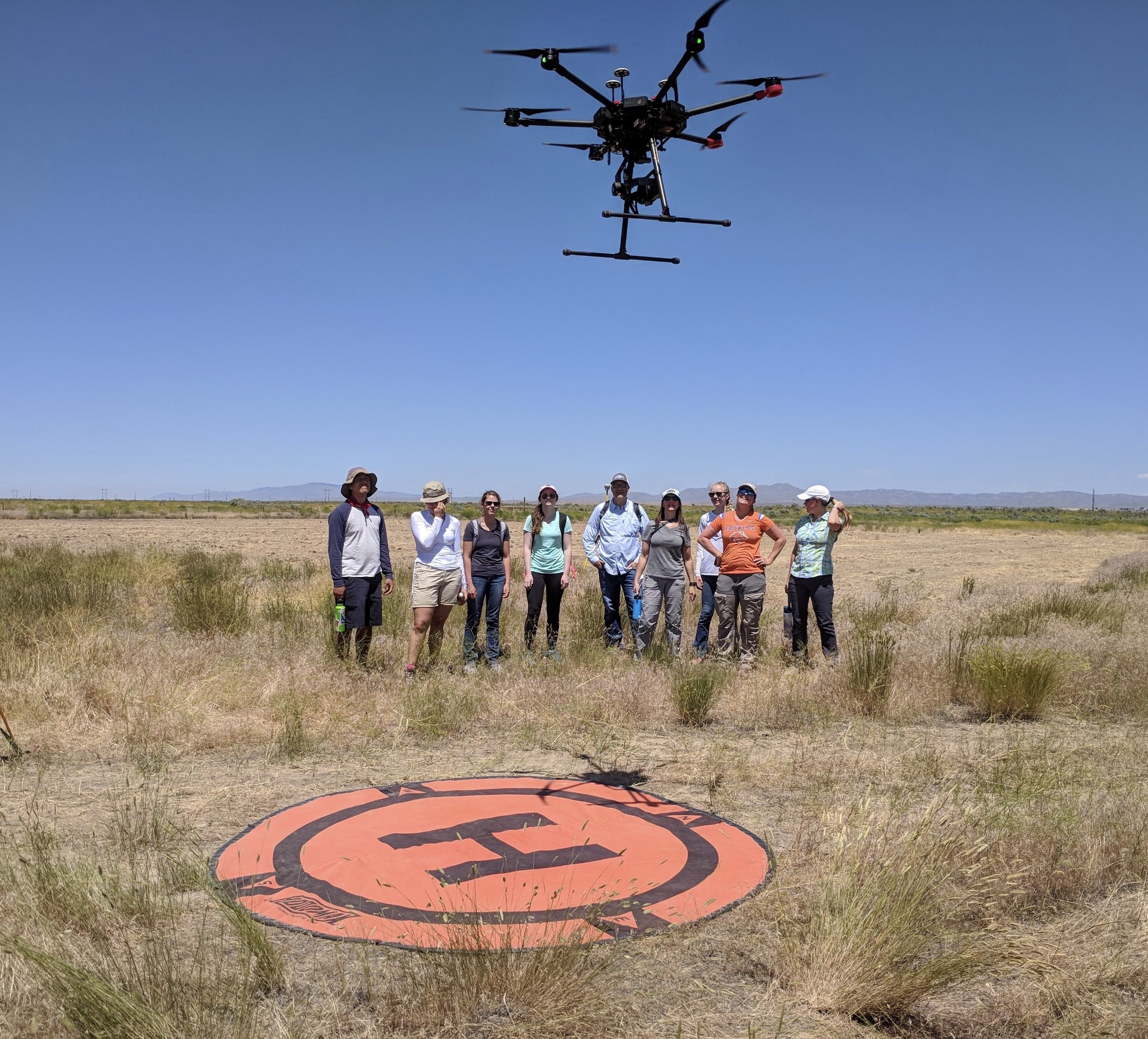 The $20 million GEM3 grant engaging researchers from public universities throughout Idaho is expansive in its scope of studying two iconic Idaho species, sagebrush and redband trout, and along the way it hopes to encourage students to choose a career path in science.

The full title of this National Science Foundation EPSCoR-funded project is “Genes to Environment: Modeling, Mechanisms, and Mapping.” The five-year project, now in its second year, seeks to learn as much as possible about the genetic and environmental characteristics of sagebrush and trout from desert and montane habitats to see how they adapt to external forces in a changing environment. This information can be used to help inform future land management decisions. 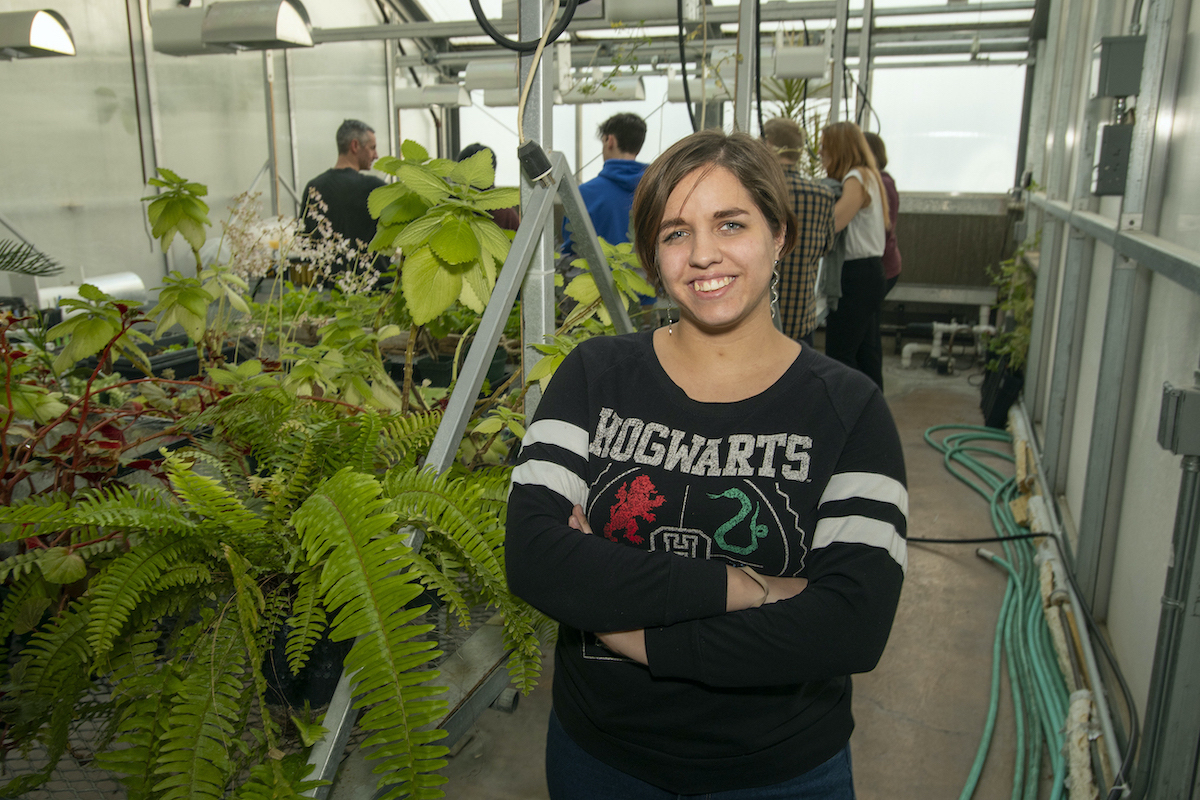 Sagebrush maintains healthy grazing land for cattle and is a habitat for animal species like sage grouse and pygmy rabbits. Sagebrush also plays an important role in the water cycle by trapping snow so that it slowly melts in the spring to support wildlife and plants. Cheatgrass invasion threatens this valuable ecosystem. Learn how GEM3 researchers are developing models to identify places where conservation practices might be most important to where sagebrush is most viable and at most risk. 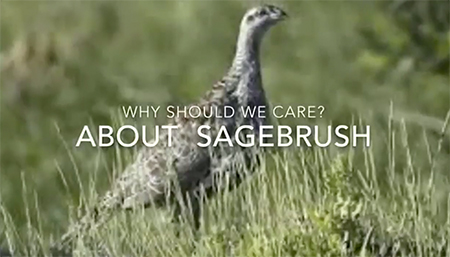